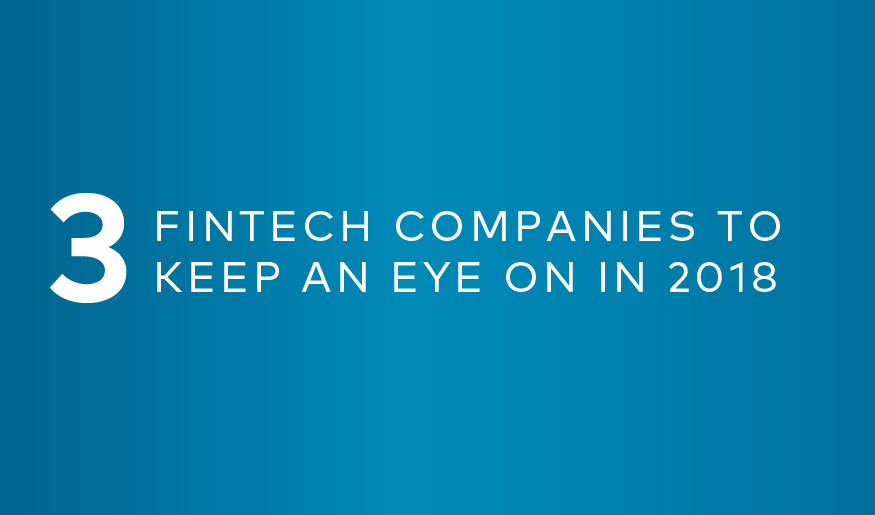 Three areas that we at Opus Una think there is a real opportunity for FinTech to make a difference in Wealth Management in 2018 are:

Three (pre-Series A) companies operating in these areas which we will be watching closely next year are Delio, Alyne & Freetrade. We look at them a little closer below.

Delio is a white label platform that enhances private deal flow distribution in a structured and compliant way. It allows participants in the ecosystem from Family Offices through to Wealth Managers to give clients access to direct investments in private equity, debt, real estate and other asset classes. Delio allows institutions to stay relevant and create scale in the private market space which is becoming increasingly prominent.

Why We Think Delio Has Great Potential

In an environment where HNWs are increasingly prepared to trade-off illiquidity for higher returns, private assets are appealing. Accessing these investments has typically been a hit and miss affair, unless via a fund. However, not all Wealth Managers necessarily have access to Private equity funds, many clients find a 2 (management fee) and 20 (performance fee) structure unappealing, and importantly preclude the investor from deploying their capital into individual investments. Delio is addressing the structural issues in the space with an elegant digital solution that allows its clients to effectively and efficiently create mini-marketplaces.

Both founders have relevant experience. Gareth Lewis (CEO) had roles in Corporate Finance at EY and Convex Capital and is a Chartered Accountant while David Newman (COO) was a Private Banker at Barclays Wealth and UBS and is CFA qualified. They have been carefully growing their team across their base in Cardiff, London, Brussels and Sydney. Recent appointments include Chief Risk and Compliance Officer, Gareth Morgan and Andy Samuel (CTO).

In the relatively short time since they launched they have managed to secure high profile partnerships with Coutts, ING, UK Business Angels Association and Align 17 with proofs of concept and pilots in train at a host of others.

Delio was one of ten high potential FinTechs to be selected for the highly competitive StartupBootcamp FinTech 2015 London accelerator. They have won Wales’s Best Digital Start-up and were finalists in the UBS Future of Finance competition. They recently raised £1m in a funding round led by the Development Bank of Wales.

Why We Think Alyne Has Great Potential

Alyne has been designed with a focus on allowing Risk Teams to engage with the right people in the organisation. Although this sounds obvious, it puts Alyne at a great advantage to the clunky GRC systems which were designed in the days of the far less immersive ivory tower approach to enterprise risk management. While the pre-populated libraries of curated content are currently very IT Security focused, we anticipate that as Alyne scales so will the range of the libraries and therefore the range of use cases across Financial Services.

Alyne has one of the most credible teams that we have come across in start-up/early stage FinTech this year:

This year Alyne have scaled to more than 15 employees and with healthy revenue growth and sensible fundraising we anticipate they will continue to build on the strong team that they already have.

In two years they have managed to grow to over 30 clients including Barclays, Allianz, Solaris Bank, Aareal Bank and Deloitte.

Alyne has won a number of accolades. Amongst the most impressive were that they were one of 11 teams to be selected for the prestigious Barclays Techstars accelerator 2017 and were also one of the Winners of the UBS Future of Finance Challenge 2017.

FreeTrade is a pre-launch, mobile first, zero commission European stockbroker. Their model is similar to Robinhood in the US. They plan to rollout in early 2018. FreeTrade received their FCA direct authorisation in October and have also achieved ISA Manager status from HMRC.

Why We Think Freetrade Has Great Potential

FreeTrade is targeting millennials that can’t access the market directly due to high retail commissions and don’t have sufficient assets to get professional advice. They plan to reduce dealing commissions by bulking orders and offering fractional shares. They’ll start with a limited universe of securities (in the same way as Robinhood did in the US). Sale of premium services (such as Live Dealing and SIPP accounts) are intended to drive the revenue line.

While FreeTrade is another play to ‘democratise’ Financial Services and we have seen many of those struggle to scale, they offer something currently unique in the UK space – Zero-commission dealing – which only De Giro (which claims to offer professional rates for retail investors) can currently come close to. Like other democratisation plays which have been successful in the US but experienced difficulties scaling in the UK, they will also face the challenge of the much smaller home market. In a world of increased self-direction, more than a doubling of assets in ISA and SIPP wraps over the last five years and increased margin pressure on conventional stockbrokers, if they can scale quickly and extend their proposition, we believe they can be successful.

Adam Dodds (CEO) was formerly a Manager in KPMG’s Corporate Finance team where his responsibilities included Fintech coverage for the UK. He previously audited Financial Services companies including brokerages where he saw first-hand the impact of technology and the extremely low marginal cost of supporting more customers.

FreeTrade have recently announced the arrival of Viktor Nebehaj formerly of Google as Head of Growth and James Storer, formerly a product designer at Deliveroo and UI Designer at Blinkxbox as Head of Design.

In Q1 this year FreeTrade closed its second equity crowdfunding campaign on Crowdcube exceeding its £300,000 target to raise in excess of £1,000,000. This followed its first round on Crowdcube last year where it raised £300,000. Earlier this year, they graduated from the Octopus Labs accelerator alongside four other high quality start-ups each developing FinTech products for financial advisers and their clients.